The 10 big defence induction by Indian defence forces in 2020 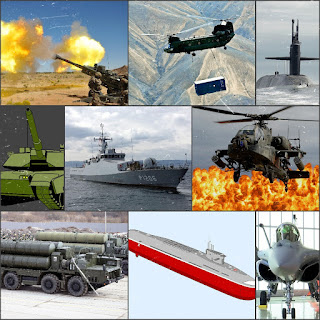 All images are for representation purpose only

• S-400 is a long-range surface to air missile defence system, which is reportedly best missile defence system active on earth.
• It is designed to destroy aircraft,  cruise & ballistic missiles, S-400 can engage targets up to a distance of 400 km and at an altitude up to 30 km.
• The 1st regimental set of S-400 air defence system is scheduled to arrive in India by late 2020 and complete delivery till 2024.

• Indian in September 2016 signed a deal with the French government for 36 new Rafale fighter jets in a € 7.87 billion, India to get 28 single-seater and 8 twin seater jets for training purpose.
• This aircraft is capable of reaching up to the speed of 2,223 km/h and range of 3700 km, Rafale jets can also carry nuclear weapons which will give a strategic edge to India.
• India to get weapons package of SCALP precision long-range ground attack missile with a max range of 300 km and Meteor Beyond visual range air to air missile that is best in the class and range over 100+ km.
• As between controversy of Rafale jets, Defence minister Rajnath Singh who arrived in France in October 2019 said " seven Rafale jets will arrive in India by April or May 2020 "
• All 36 jets expected to arrive in India by  September 2022.

• VC11184 Ocean surveillance ship, It is one of the highly secretive program which was laid on June 2014 at Hindustan shipyard limited and under the control of Prime Minister office. The ship cost around 7.5 Billion.
• This ship will be fitted with primary X band and a secondary S band Active electronically scanned array (AESA) radar with ample space for installing multiple missiles tracking radar, it can also carry a crew up to 300 personnel and a single helicopter.
•As in march 2019 sea trials, we're going on. This ship is expected to deliver to Indian Navy in early 2020. 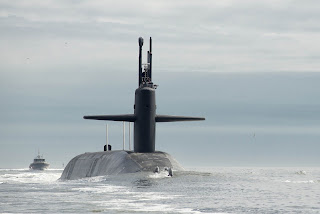 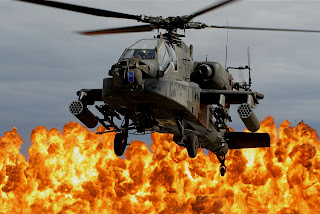 • IAF has signed a multi-billion dollars contract with the US government for 22 Apache Helicopters in 2015.
• Apache is the best in the class helicopter and can carry variety of different weapons including air to ground Hellfire missiles, 70mm hydra rockets and 30mm chain gun with 1200 rounds.
• 8 Apache AH-64 helicopter were inducted in IAF ( Indian air force) in 2019 and remaining Fleets will be operated by Indian air force by 2020. 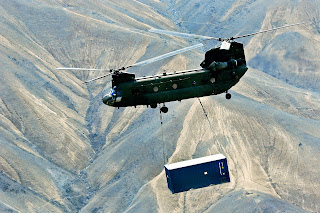 • The Indian air force has ordered 15 Chinook helicopter from Boeing in 2015 with Apache helicopters.
• Chinook CH-47 is an advanced multi-mission helicopter,  the helicopter has been customized to IAF future requirements.
• Chinook has a fully integrated digital management system,  advance cargo handling capabilities and electronic warfare suite that improve aircraft performance and this helicopter can also airlift the military and non-military loads into remote locations.
• Boeing delivered the first 4 Chinook helicopter to the Indian air force and remaining Chinooks will arrive in India in 2020. 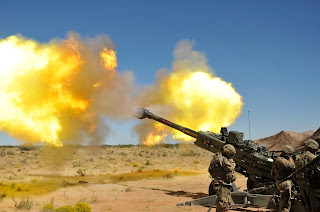 • Under the Make in India initiative, the Indian government signed a contract with the US government and South Korea government for 145 units of 777 ultralight howitzers from the US and 100 units of K9 Vajra T self-propelled gun system.
•  M-777 howitzers 155mm/34 calibre have a maximum range of 30km and manufactured by BAE Systems.
• K9 Vajra T is 155mm/52 calibre and maximum range of 40 km and manufactured by Larsen & Toubro.
• Delivery of both guns started in 2019 and batches will be received in 2020 till 2021.

Dhanush the first indigenous long-range artillery gun.
• Full order of 114 guns will be completed by 2022. The first regiment of 18 guns will be delivered to India Army by March 2020, will get another 36 guns by March 2021 and another 40 guns by March 2022.
• Dhanush artillery is 155mm/45 calibre towed artillery gun with a maximum range of 38 km, the gun is fitted with an inertial navigation system having a global positioning system (GPS).
• Dhanush artillery design is based on the Bofors artillery which was acquired by Indian Army in the 1980s.


• Kaveri class submarines are on track and expected in 2020.

If there is any Grammar,wrong information or copyright issue than contact us.